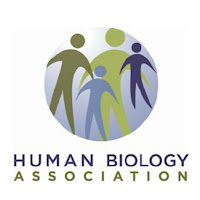 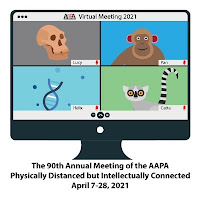 Quilombos are groups composed mostly of descendants of runaway slaves from farms and plantations which formed centers of power, production, and social organization throughout Brazil starting in the 17th Century. They are present in all regions, especially in rural areas, and still maintain some degree of geographic isolation, leading to high levels of poverty, chronic, infectious diseases, and limited access to health services. The structural racism rampant in the Brazilian society has led to a history of violence, mistreatment, suppression of rights, and racial discrimination against the Black population, resulting in worse overall health outcomes when compared to the Whites. Among the Quilombola, racism results in reduced quality of life, contributing to higher rates of hypertension, diabetes, intestinal parasites, respiratory illnesses, wasting, and stunting. With the arrival of Covid-19 these diseases enhanced the impact of the virus leading to a rate of mortality up to four times higher than that observed among the general population in some regions. The compound effects of the new virus plus the existing diseases, and the social conditions, demonstrate a clear syndemic relation. Even though most of the Quilombola communities are still not officially recognized, more than 50% of the population in Brazil self-declares as Black and Brown, and as result of the syndemic these suffered most of the casualties. Data show that the combined effects of disease, structural racism and an emerging infection have increased the health, and social disparities in the country, and will bring long terms consequences for the afro-Brazilians. 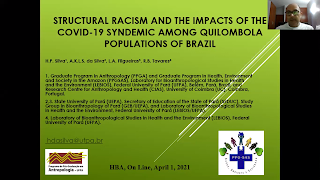 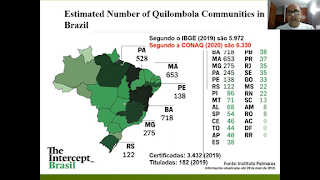 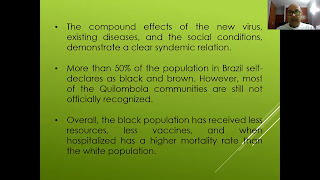 Sickle Cell Disease (SCD) in the State of Pará, in the Amazon Region, is a serious public health problem due to the late universalization of the Foot Test, the absence of counseling and new genetic research, the diversity of serious clinical symptoms associated with poverty and institutional racism experienced by individuals with the syndrome. We investigated 60 people with SCD in the Regional Blood Center of Pará (Belém) analyzing data of genomic ancestry (autosomal DNA), clinical manifestations, SES, Social Determinants of Health, self-declaration of color and racism/discrimination with interviews, semi-structured form and analysis of 62 Autosomal Ancestry Markers (AIM’s). Our assumptions point out that the aDNA shows that the percentage of ancestry of people with SCD in the State of Pará is at odds with the self-declaration of color and that the epidemiology of SCD and biosocial conditions are related. High underreporting makes access to the blood center difficult, lack of counseling and genetic studies affect health coverage, 65% of the group lives in poverty, women have more severe symptoms, 41% have mostly European aDNA and have more symptoms, 90% claim to be black or brown and 72% suffer institutional racism/discrimination. The Brazilian State needs to implement public health and social inclusion policies with SCD researches to understand genetic and biossocial factors associated with the severity and diversity of clinical manifestations in order to improve quality of life, more effective access to tests and new genetic therapies for the Amazonian’s group studied. 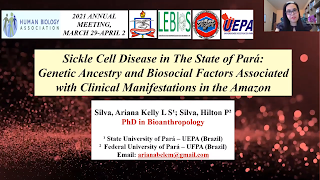 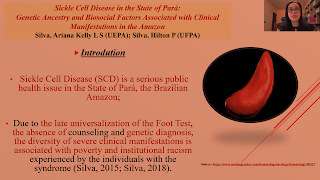 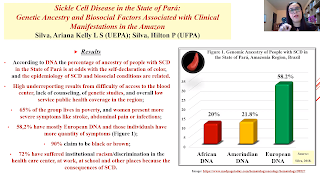 In October of 2018 the I Seminar of the Bioanthropology Study and Research Group of the State University of Pará (GEB/UEPA) was held with the theme “The Biocultural Perspective of Anthropology”, including 12 lectures, an exhibition on Human Evolution, scientific poster sessions with national and international participants, film sessions related to the theme, and gathered over 100 participants. In 2019, the II Seminar, entitled “Research in Focus: The Importance of the Consolidation of Bioanthropological Science in the Amazon” was held with 16 lectures, a Forensic Anthropology mini-course and 98 participants. Due to the COVID-19 pandemic in 2020, the III Seminar, entitled “From Fieldwork to the Virtual World”, was held in October completely online, with 34 lectures, and 38 national and international speakers (USA, Europe, Latin America, and Brazil). Even though facing considerable technical difficulties due to limited access to internet in the Amazon, the event provided increased visibility as all lectures were made available on the group´s YouTube channel. Despite the attacks on Brazilian science, and particularly on the Social Sciences, by the current government, this is the first research group in the field of Biological Anthropology of this State university, and it is only the second in existence in the North of Brazil. In these three years, this pioneer effort has produced a vast material about Bioanthropology in the region, helped to disseminate and strengthen science education, and promoted research in human evolution, variation and adaptation in the Amazon, and in Brazil. 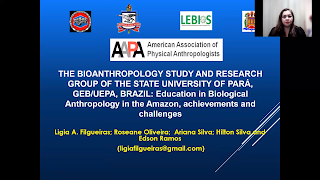 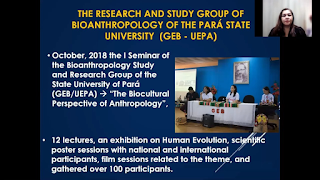 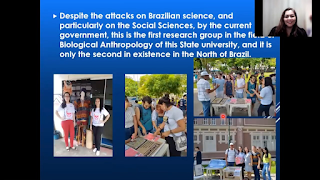 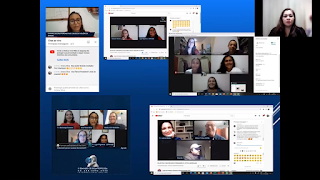 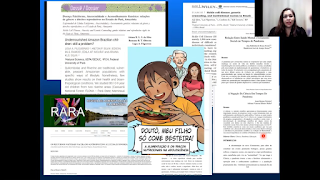 Sickle Cell Disease (SCD) has a prevalence of about 1% in the population of the State of Pará, Brazilian Amazon, with 4.4% occurrence of Sickle Cell Trait (SCT). Research on the ancestral genomics of people with SCD encompassing 60 individuals with Sickle Cell Anemia (SCA/Hb SS) in the capital, Belém, indicated that 55% of them have first or second degree relatives with SCA in the family, with confirmed cases of death at birth or during adolescence, severe sequelae of stroke and leg ulcers or other serious clinical manifestations. In this group, 37% of their close relatives have the SCT but are asymptomatic or present mild symptoms such as joint pain, shortness of breath and tiredness, associated with other pre-existing diseases. However, not all family members of people with SCD have access to genetic tests at birth due to the SCT not being considered a significant medical condition in Brazil. Despite their conditions, patients and carriers face difficulties such as lack of resources to travel to the capital for clinical care, lack of information about SCA or SCT, obstacles to obtain consultations with hematologists, and neglect of appropriate care. The high prevalence of both SCA and SCT suggests potential microevolutionary processes taking place among the families, raising concerns as there is no genetic counseling in the region, and the access to the Foot Test, to be performed at birth, is limited in rural areas, indicating neglected to the health of the Black population in the State. 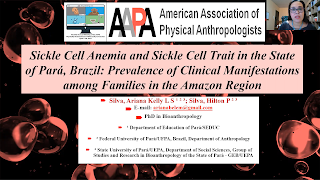 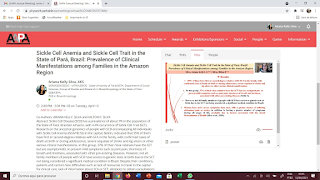 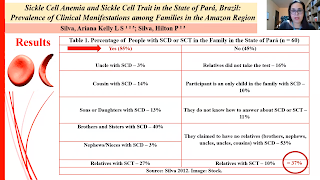